Yuksam is the site of the first Kingdom of Sikkim. There isn’t much left though, there is a Buddhist shrine at the site of the throne. It’s very scenic there though – Tibetan temples, lakes, waterfalls, beautiful views of the valleys and mountains and the beehive villages built up steep slopes, narrow winding mountain roads in catastrophic condition that are navigable only by jeepsies (Indian copies of old US jeeps), and a singing stone.

Which is a large rock that, when struck with a stone, makes a sound as if it were metal. Quite astonishing. Consequently, the region is called Ting-Ting. 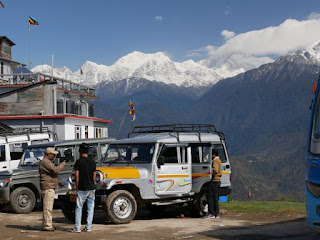 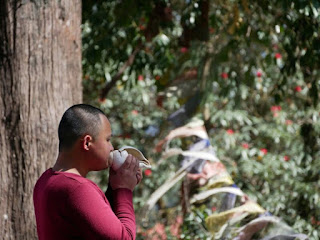 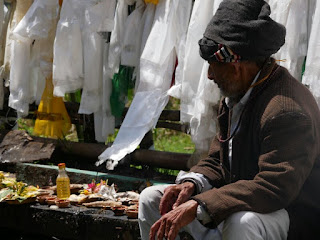 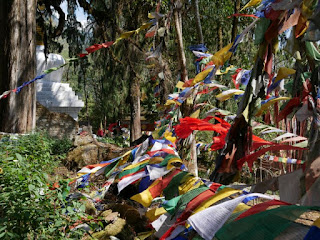