When I woke up at dawn in Pelling and opened my eyes, there was the mountain panorama of the Himalayas, dominated by the Kangchenjunga massif. Kangchenjunga is at 8586m India’s highest mountain and the third-highest in the world, only some 250 meters lower than Everest.

The mountain views are even moire spectacular at Rabdentse, Sikkim’s second royal city, now in ruins. It’s location with the backdrop of snow-capped Himalaya peaks is fabulously scenic. I was the only visitor so early in the morning. Nearby is the Pemayangtse Gompa, one of the most important Buddhist monasteries.

The mountains around Rabdentse are criss-crossed by unmarked paths. There are many ways to discover these paths: logs worn smooth by passing feet, broken branches, exposed roots, lack of rocks… But I used none of those and simply followed the discarded candy wrappers. Sikkim is very clean, in fact smoking is forbidden in the state, but the tourists can’t seem to break the habit. 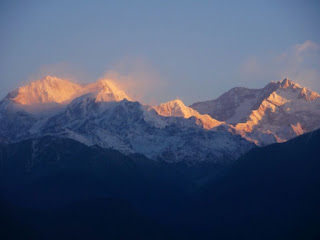 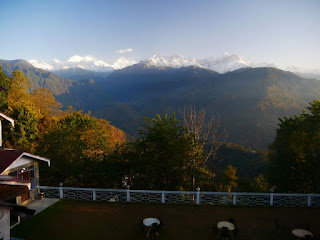 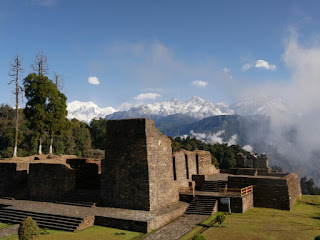 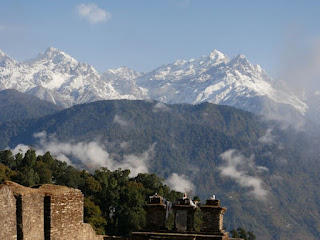 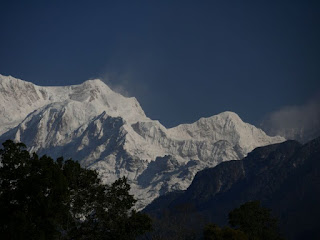