The ancient kingdom of Sikkim is now part of India, but requires a special “Inner Line Permit” to enter. Sikkim is a large rectangle, neatly boxed in by West Bengal, Nepal, Tibet, and Bhutan. It’s up in the Himalayas and is essentially all mountains. The culture is entirely Tibetan, except less rustic than Tibet. People have cars here, not yaks. And the momos (Tibetan dumplings) are not made with fermented yak butter.

The main city is Gangtok, like Darjeeling climbing up a mountainside, all the way up to the ridge and spilling over to the other side. It’s more orderly and less charming than Darjeeling, but there is still a lot to see here. It’s more modern when you walk the streets, but almost rural in the spaces in between, which are reachable only by interminable narrow stairs. 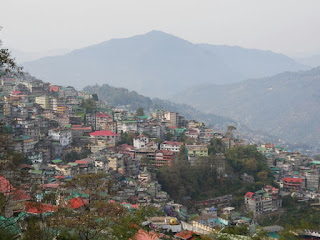 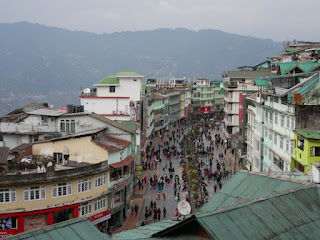 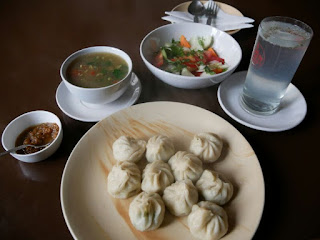