Varanasi is the most holy Hindu city. It is here where Hindus bathe in the Ganges, and where bodies are cremated in open fires on the Burning Ghats, stairs that lead down into nthe river. Much of Varanasi’s waterfront is a series of ghats, often backed by palaces. Boats go out on the river with a great view of the fires – I saw ten of them going – and the daily celebrations with chanting and dances. Bathing, praying, and dying in Varanasi is a ticket to Nirvana in Hindu belief.

The old town begins on top of the ghats. It’s narrow in the south and widens to a large neighborhood in the north. It’s a dense maze of narrow twisting alleys, often so narrow that I can touch the walls on both sides. It’s very easy to get lost even with GPS. The buildings are very old, poorly maintained – I saw some that have collapsed – and very uneven. The alleys are crowded with people at shop fronts, cows, and of course motorcycles. Lots of trash, because there was no collection during the Holi festival they say, but I am not sure I believe that. 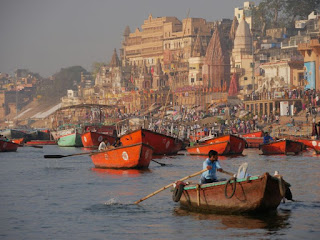 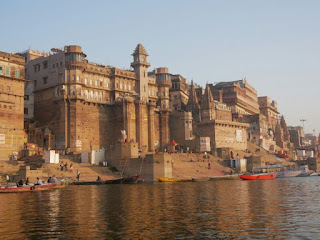 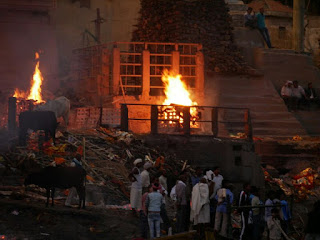 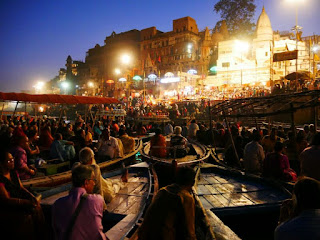 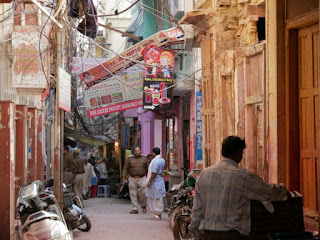