Skip to content
Pangkalan Bun has an original wooden palace, the kraton, three centuries old. I went there for a look. Turns out that they were in the last day of the traditional Initiation rites. The main hall was covered in golden drapes, and everybody wore yellow or traditional tribal costumes made of tree bark. The son of the last sultan, a very old man,
came and shook my hand, had his photo taken with me, and invited me to the party. Perhaps as an additional ornament? Sweets were served, I got a tour of the entire palace, and I was given a place in the middle of the hall.

The ceremony started with a group of eight women chanting and drumming, followed by a performance of the young men wearing tribal costumes. Then the children were circling the central altar before they were led off to a back room, something they knew would happen and that put an apprehensive expression on their faces. They knew they’d enter as children and leave as men and it won’t be easy.

So there they were, the leaders of society in their traditional finery and gold trim, their tribal costumes and rituals, holding monkey skulls, boar’s tusks, porcupine spines, and bird feathers and wearing body paint, enacting tribal rituals many centuries old – and snapping photos with their cell phones and DSLRs as fast as they could. Unsurprisingly I became part of that particular ritual too.The women found it amusing that I was on eye level with them if I kneeled. One of the drummers found time to answer her pink cellphone in the middle of her performance. Yet the whole event was quite serene and very moving. 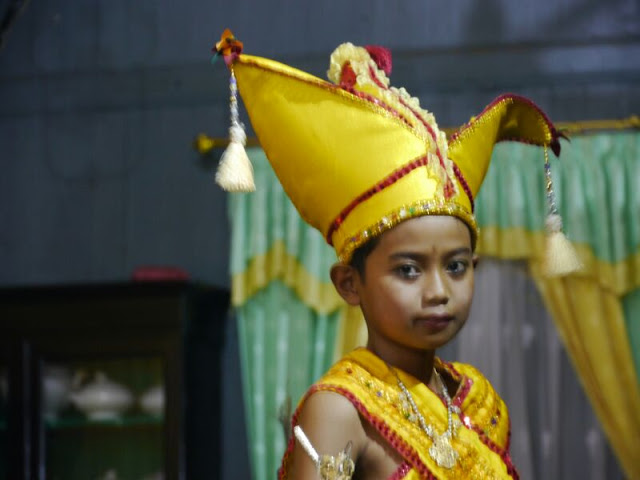 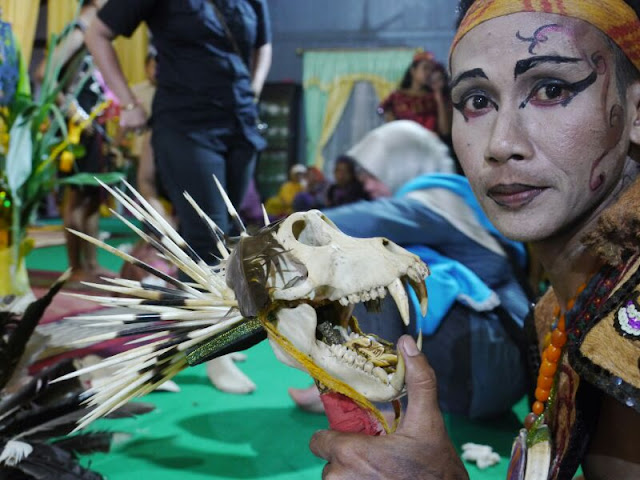 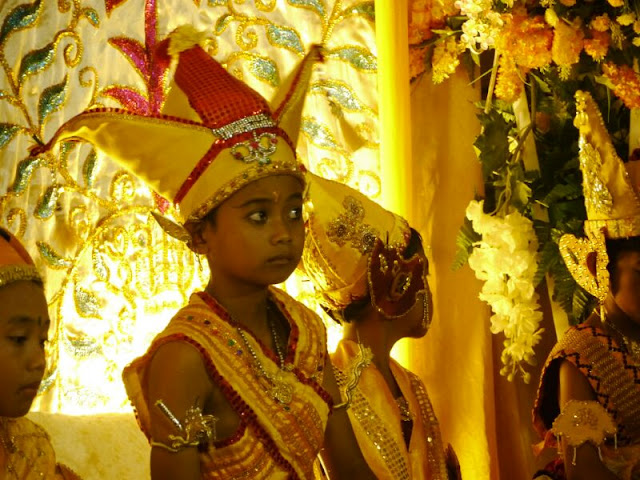 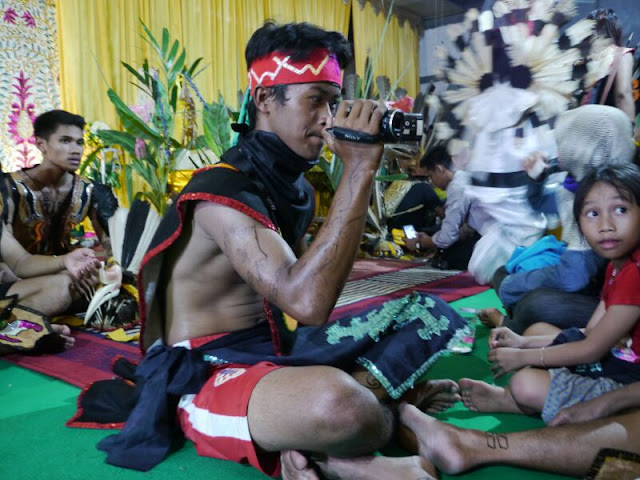 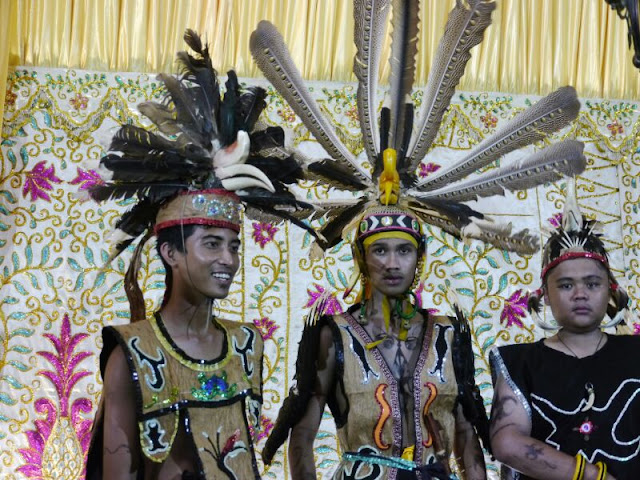 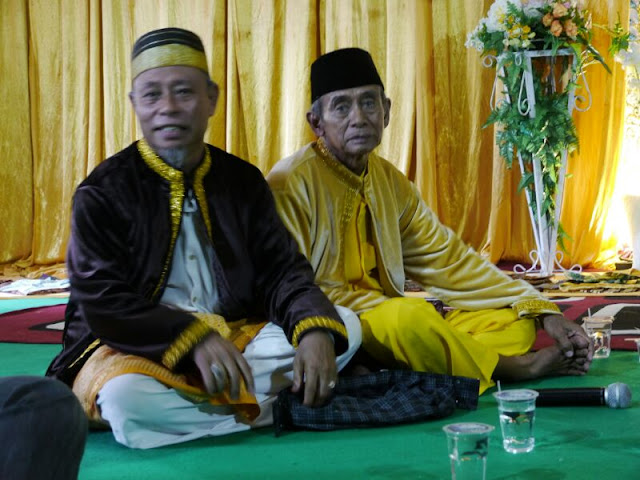