Skip to content
The Dead Sea is a short bus ride east of Jerusalem. The scenery become4s very arid quickly, with only rocks and a few shrubs visible as we got closer to the sea. The elevation kept falling slowly until we were 340 meters below sea level. We kept passing through desert until the Oasis of Ein Gedi.

Ein Gedi has little to do with the lush oriental paradises in the movies. Two wadis – river beds – meet the Dead Sea there, and the few groves of trees would be boring if they weren’t in this desert country. They have a number of hiking paths there that go up the wadis and over the hill connecting them. They are surprisingly steep, but harmless compared to the Calanques in Marseille. The highest point was at an elevation of -163 meters.

Masada is a massive hilltop fortress half an hour south of Ein Gedi. It’s so tall that the top is at 44m, above sea level. It was built by King Herod but became famous for a thousand Jews who held out against a Roman army in 72 CE, until the Romans finished a gigantic ramp up to the gates and smashed through the walls, at which point all Jews committed mass suicide. The outlines of the Roman camps, and of course the ramp, are still visible (third picture). The three-level palace at the northern tip, connected by very long stairways, is very impressive; the second picture shows the lower levels.

Since Masada consists of only two buildings, the visitor center and a huge hostel, there isn’t anything to do here at night. But there are no lights and no noise, around me is just desert. 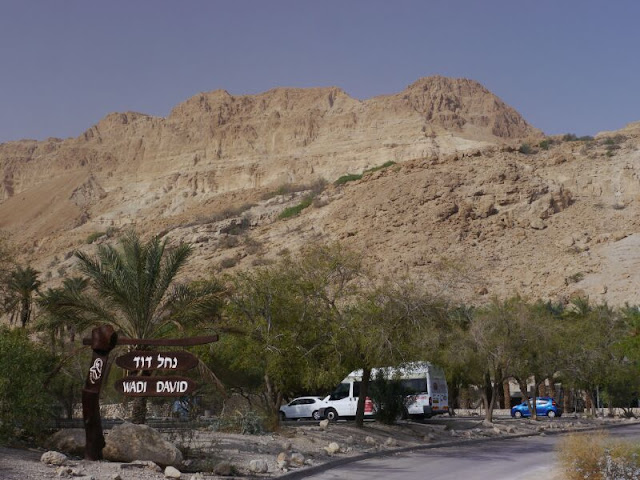 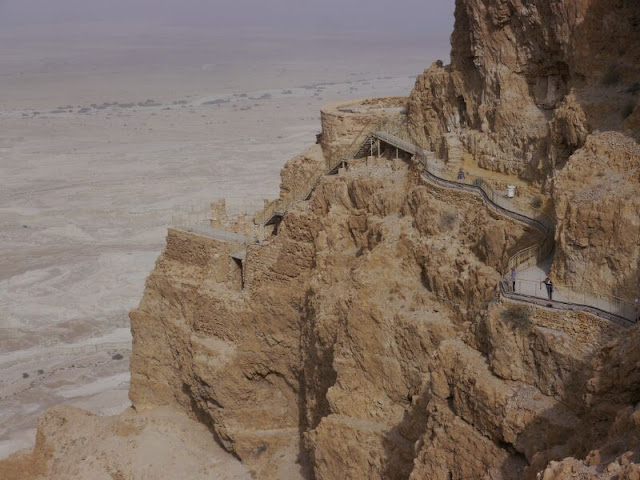 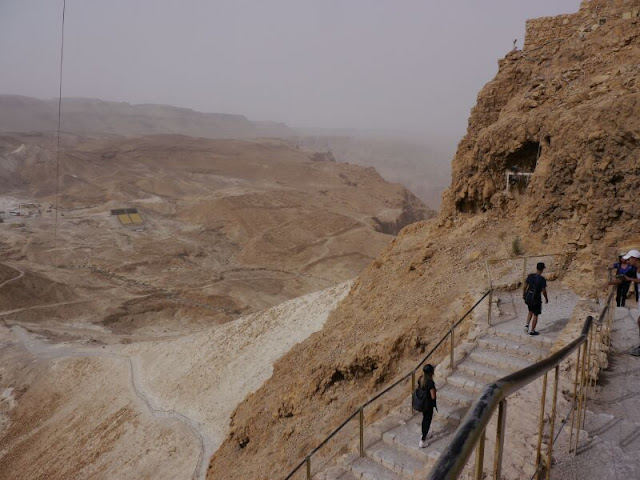