Left Boracay. Beautiful place that reminds me in some ways of Bali away from Kuta and the Australians. But it’s also clear then the Filipinos lack the Balinese’s sense of beauty.

Time to get away from the beach crowds. From Caticlan it’s a long van ride along the coast of Panay to the town of Iloilo. It’s remarkable how much poorer the interior if the islands is – wooden buildings, straw roofs, and bamboo mat walls dominate outside of the few larger towns. The scenery is great, gently rolling green hills. Iloilo itself has little charm, and neither does Bacolod on the other side of a two-hour ferry ride on the island of Negros, which is divided in the Occidental and Oriental sides.

The van ride over the mountains of Negros Occidental is even more stunning than Panay, and also evidently poorer. My day ended at San Carlos on the southern end of Negros. The ferries won’t leave until the morning so I stayed overnight. A nice green town with wide streets, used almost exclusively by three-wheelers, and the inevitable huge shopping mall in the middle with what must be the world’s largest drugstore filled with brightly colored plastic knick-knacks. 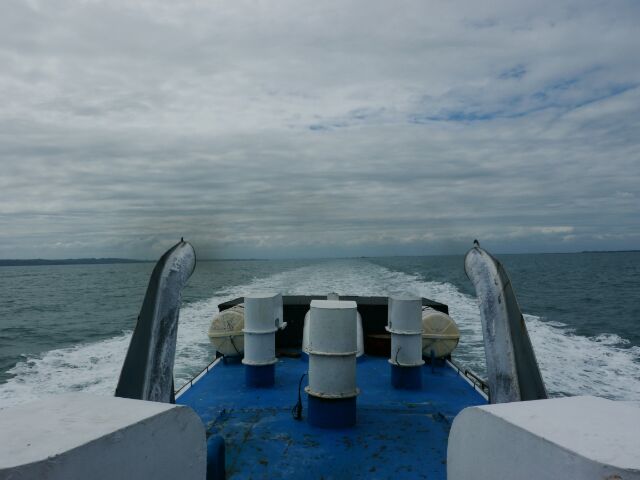 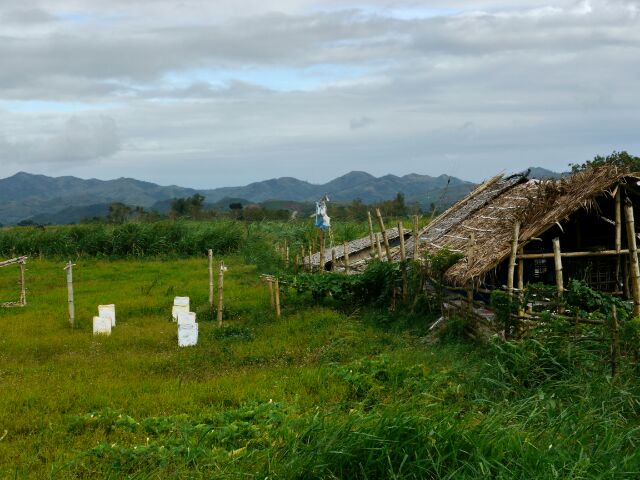 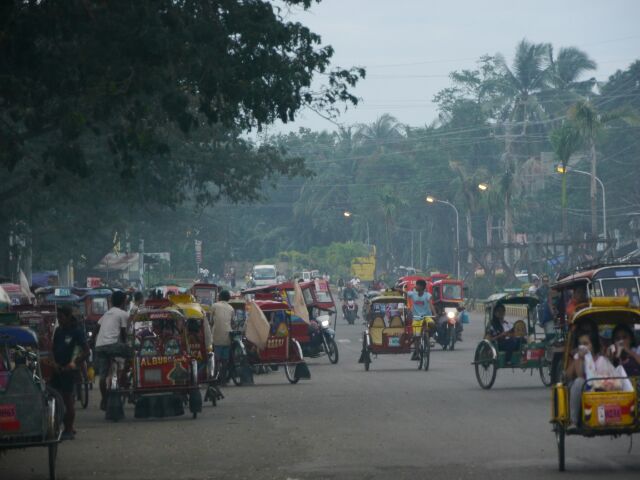