There’s trouble in Bangkok. Protesters want to overthrow the democratically elected president, an emergency election was disrupted, the major traffic arteries are blockaded, a state of emergency was declared in Bangkok, and the army is patrolling the streets. Sounds dangerous, does it?

Well, no. It might have been if this were Tunisia or the Ukraine, but Thailand doesn’t work like that. There’s bahts to be made. Those blockades are essentially street markets of tightly packed stalls selling food, watches, cell phone contracts, T shirts, whistles, and souvenirs. Bands play music in front of big video walls. Parents carry their children on their shoulders, tourists take pictures, and the police diverts the traffic.

This is how revolutionary parties push their slogans in the 21st century: they print it on iPhone covers and sell them to the tourists. Welcome to Thailand, long live the king! 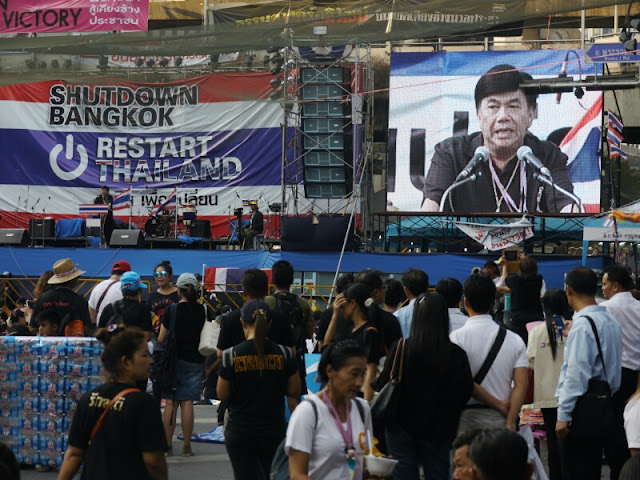 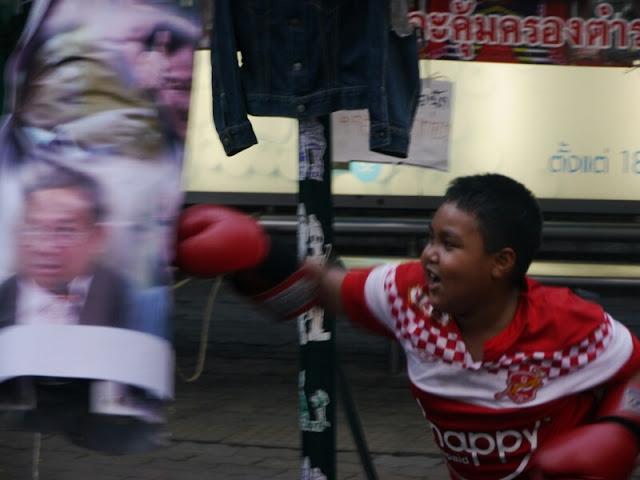