Sail Rock is a small rock pillar north of Ko Pa Ngan, and perhaps the most popular diving site here. Fish are so plentiful that they formed tornadoes around me so large that they obscured the light from the surface. I was hovering in huge clouds of silver and yellow fish, among them barracudas a meter long. Visibility was excellent.

Sail Rock has a chimney: divers enter at a depth of 18m, and ascend along an irregular shaft to 6m. Really too bad that these were my last dives; tomorrow I’ll leave the island.

It’s easy to shock the locals: I claim to be American and ask where to stow my harpoon and explosive-tipped bolts. Before I actually started diving, most of what I knew about it was from watching James Bond movies, and you never know when you need to blow a shark or enemy submarine out of the water. But this is not a joke that Thais appreciate , diving is all about conservation.

The island of Ko Samui itself is not very exciting anymore. When I came here for the first time over 15 years ago, it was a simple paradise with few luxuries. Now resorts block access to most of the large beaches, there’s a KFC and a McDonald’s, and everyone drives around in obscenely big pickup trucks. When probing the locals, what they complain about most is out-of-control construction and – loud Russian tourists. 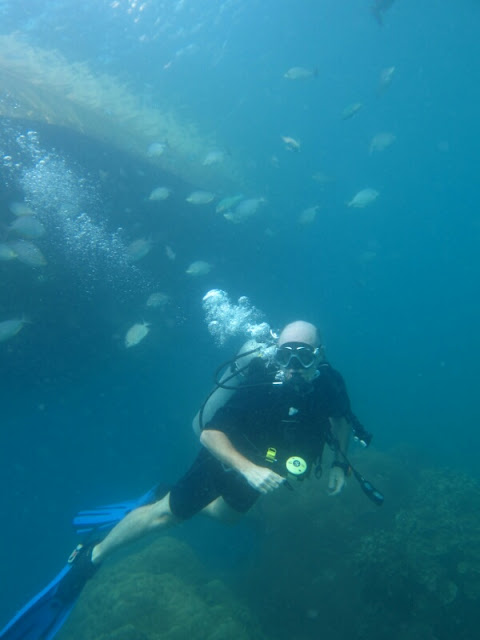 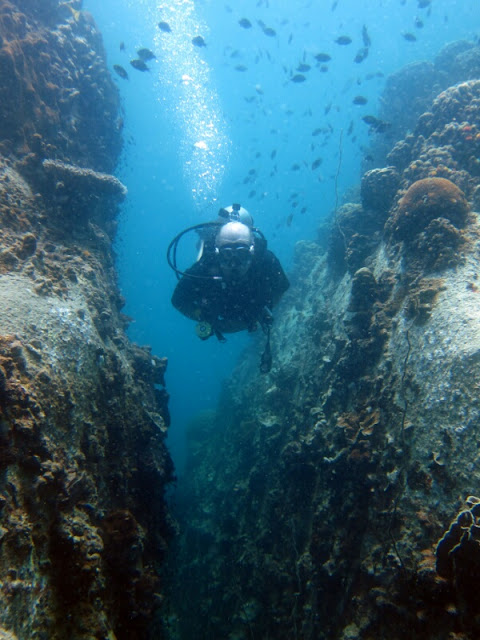 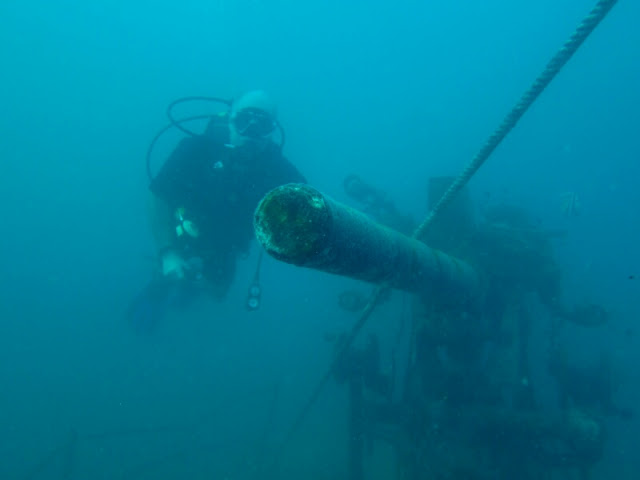