Colombo is Sri Lanka’s largest city, and it’s pretty useless as a tourist destination. Nothing much to see there, just asphalt, heavy traffic, polluted air, highways and train tracks that block most of the feeble ocean beach, and no sights or even restaurants, unless you count KFC and other foreign fast food joints in the various mall food courts.

They do have a decent National Museum with exhibits and good English descriptions of Polonnaruwa and other sites that I had seen, and the Pettah neighborhood is a picturesque grid of streets packed with small shops and frenetic activity. The eastern end is where they sell sacks of onions, potatoes, and other vegetables, and every few meters I was called in to chat and take pictures. Very friendly people.

But perhaps Colombo’s nicest attraction is the international departure lounge at the airport, where I am writing this. Chatted with some airforce guys while waiting, and we performed a very Indian ritual: he now has a Berlin ballpoint pen, and I have a Sri Lanka Airforce pen. How’s that for a souvenir. 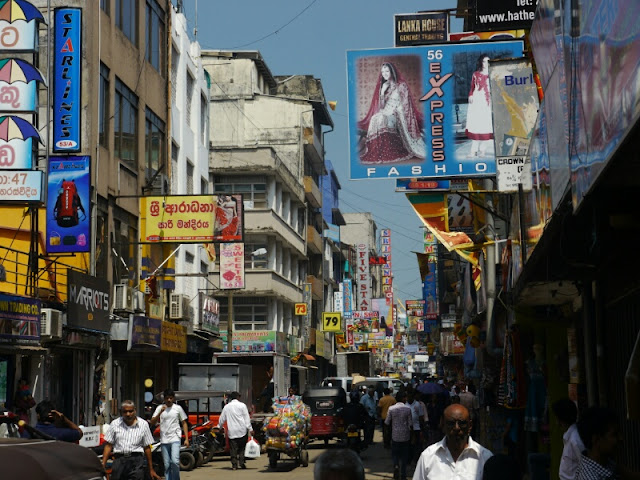 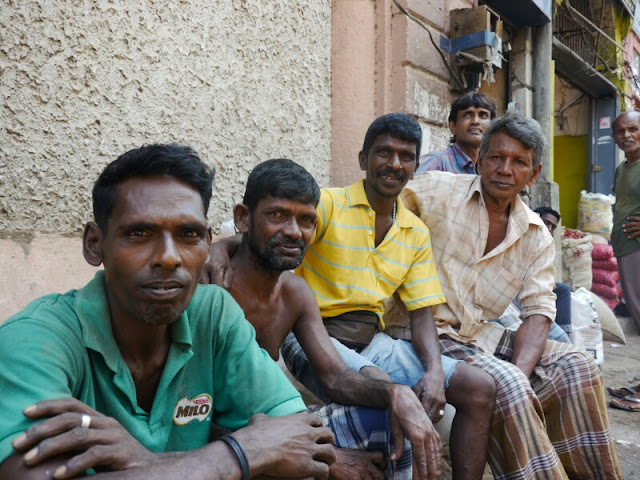 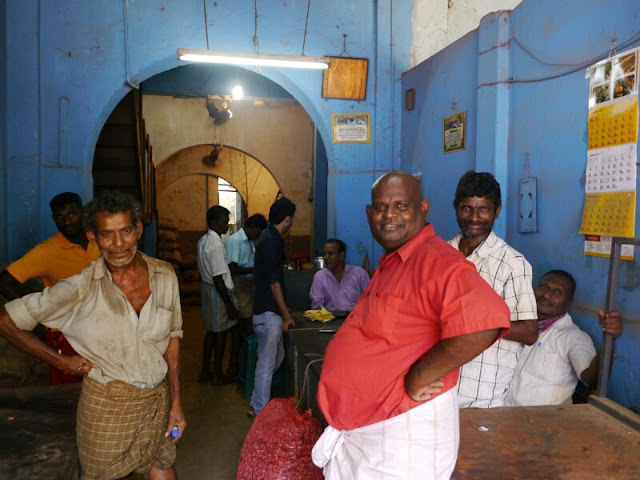