The long tuk-tuk drive from the airport to Fort Cochin early in the morning brings back memories of South India. The long lines of gaudily decorated trucks and tuk-tuks (three-wheelers) with their “sound horn” signs, the stained concrete and rusty metal, and the Indian spices in the air… The ferry that took us across the bay was exactly as grungy as an Indian ferry is supposed to be.

Fort Cochin, as cities in South India go, is surprisingly pleasant, with narrow and uncharacteristically clean streets, and many souvenir shops but it’s the end of the season so it’s all very relaxed. Apart from the colonial architecture, Fort Cochin doesn’t have many monuments, so they make the most of what they have. On the beach are huge Chinese fishing nets suspended from cantilever that are lowered into the water, then raised to catch fish. Mostly they catch tourists now though. 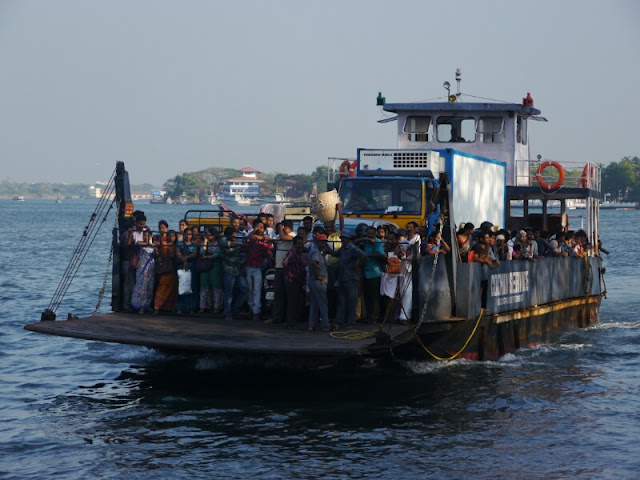